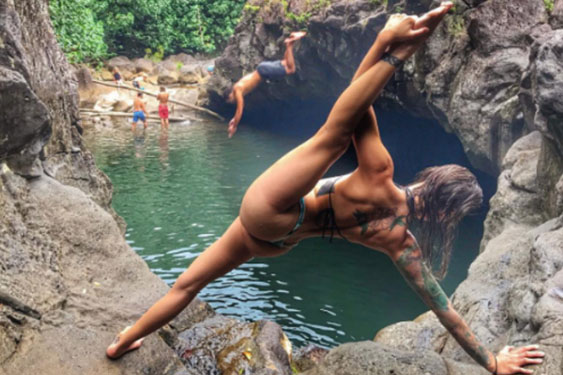 We connect with Garrett Marrero and SueAnn Ferrogari, two influencers who made a move from the mainland to the island after falling in love with “Aloha.”

Sponsor: Hang onto that hard earned cash by checking out the tips on the latest segment of Ask Rickey! Ask Rickey! is brought to you by Rickey Bowen, CRPC, CEP, financial planner with Gateway Financial Advisors, Inc.

Join the Circle: As a member of The Ambassadors Circle, you are joining like-minded individuals on a mission to inspire and equip all of us to #DoMoreGood. Click here to learn more!

Time For Some Action: Ride your bike to work this summer!! Spare the Air 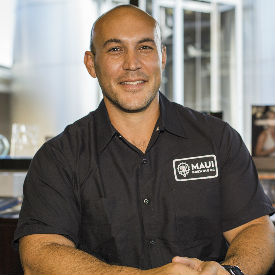 Garrett Marrero, Co-Founder & CEO, Maui Brewing Company
Garrett co-founded Maui Brewing Co. in 2005 and has made it a successful Regional Craft Brewery and Hawaii’s Largest Craft Brewer. Under his leadership, Maui Brewing Co. has grown from a seven-barrel brewpub with 32 employees producing 320 barrels of beer in 2005, to an ever-growing company with pubs in multiple locations, and a production facility that can take them to 100,000+ barrels of beer. Garrett has led numerous legislative initiatives succeeding in changing laws to better support the growing craft industry in Hawaii. In 2014 Garrett also co-founded Maui Stone Craft Beverages, a joint venture between Maui Brewing Co. and Stone Brewing Co. in order to distribute craft beers across Hawaii. Garrett holds a BA in Economics, a BA in International Relations, and an AA in Finance. He is passionate about craft beer, food, and Hawaii. Website | LinkedIn | Twitter | Facebook | IG 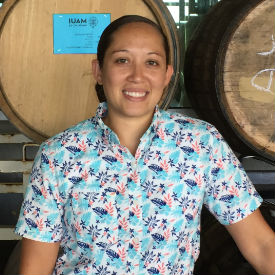 Kim Brisson-Lutz, Brewmaster, Maui Brewing Company
Kim brings with her 11 years of experience in the craft beverage industry, which started when she joined J Lohr Winery in Paso Robles, CA. She got hooked on home brewing after receiving a homebrew kit from her roommates. She began her craft beer brewing career with Maui Brewing Company in the old Lahaina production facility, learning and working all facets of the brewing process. After three years, she was promoted to Lead Brewer of the 7-barrel brewpub in Kahana where she honed her skills at recipe development and experimentation. Continuously striving for more knowledge in the industry, she chose to relocate to one of the most competitive craft beer locations, San Diego, where she served as Lead Brewer at Saint Archer Brewing Company. The position as Brewmaster in her return to Maui Brewing Co., which she calls “home,”will focus on quality and innovation. Website | Twitter | Facebook | IG 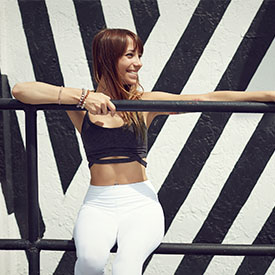 SueAnn Ferrogari, Vinyasa & Kids Yoga Teacher
Originally a New Yorker, SueAnn moved to Miami where she found the importance of incorporating yoga into her everyday life. Deepening her yoga practice and also taking her first steps towards teaching, she ended up traveling to Costa Rica where she studied and took a deeper dive into the world of yoga. After taking multiple trainings and courses she started teaching yoga full time. She now lives and teaches yoga in Maui, where she draws inspiration from the beautiful landscape around her. She is known for her inspirational flexibility and sprinkles deep stretches and inversions into her classes, breaking down challenging asanas into steps, making them accessible for all levels. SueAnn believes in designing classes to motivate and inspire, promote moving freely in your own body & daily life, and ultimately becoming comfortable with ourselves as we are.  Facebook | IG 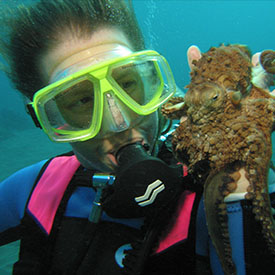 Colleen Foster, Director of Education, Maui Ocean Center
Colleen Foster earned her BA in Social Sciences with a formal minor in Business Administration through Washington State University in addition to two years studying ecology at The Evergreen State College. She has spent the past 30 years working in environmental education, economic development and the visitor industry serving as a state park ranger, chamber of commerce executive director, the director of guest services for a Waldorf Astoria Hotel and is currently the Director of Education for the Maui Ocean Center, the Aquarium of Hawaii. Foster also serves as secretary on the volunteer board of directors for the Maui Ocean Center Marine Institute, a newly formed NGO focused on marine conservation efforts in Hawaii. She enjoys gardening, scuba diving, riding her motorcycle and singing. She lives with her husband Curtis and dog Ellie on Maui. Website | Twitter | Facebook | IG 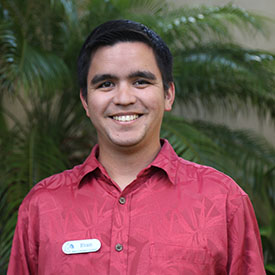 Evan Pascual, Marketing and Public Relations Coordinator, Maui Ocean Center
Evan Pascual grew up in the historic town of Lahaina, Maui and has long been connected with the ocean through fishing with family and friends. Evan earned his Bachelor of Business Administration in Marketing at the University of Hawaii at Manoa with the intent of merging his passion for Hawaii’s marine life with his marketing career. Evan interned with the Pacific Islands Fisheries Group’s Lawai‘a Magazine shortly before joining the staff at Maui Ocean Center, The Aquarium of Hawaii as the Marketing & Public Relations Coordinator. He enjoys sharing stories about Hawaii’s marine life in connection to the culture and people of Hawaii. In his free time, Evan enjoys exploring the outdoors, recreational fishing, and building custom fishing rods. Website | Twitter | Facebook | IG 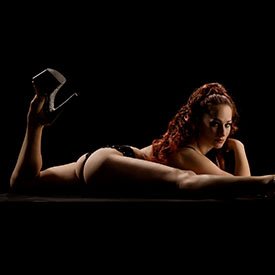 Kirsten Gerding, Pole Artist/Burlesque Dancer, Vau De Vire Society; Artistic Director, Flux Vertical Theater
Kirsten aka Mz.K has been performing all over the US, Canada & the Caribbean for over the past 30 years. She has been in the National Touring companies of A Chorus Line, Jesus Christ Superstar and Cabaret. In 2009 she emerged into the SF Bay Area circuit where she quickly found the circus and joined the Vau De Vire Society, the family she calls "home." In 2014 Kirsten started doing Pole Competitions and has won several awards including Dramatic Pole Theatre USA 2015. Her most recent endeavor has been producing & directing the Bay Area's all pole dance company, Flux Vertical Theatre. Mz. K can generally be seen knocking socks off in her own productions of Flux Vertical Theatre & SexBombe Kabaret, causing mischief in Tourettes Without Regrets and making heads turn pretty much anywhere the Vau De Vire Society makes an appearance, including at the Soiled Dove Experience! Website | Soiled Dove Website | Facebook | IG 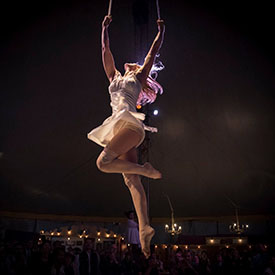 Cassandra Cornell, Aerial Artist
Cassandra is an unusually tall aerialist specializing in expressive, dynamic dance on straps and corde lisse. Her style is informed by long limbs, strength, and use of momentum. Cassandra first appeared on stage in the womb. Part of a dancing family, she learned dance technique and love for performance and creativity at an early age. Her training continued at Bard College's dance program and with expressive choreography under the legendary Aileen Passloff. After a four year program of acrobatic study under coach Dominik Wyss, and working with other renowned coaches including Elena Panova (famed Russian trapeze artist) she began performing on rope with the Vau de Vire Society as a company member. She has since transitioned to aerial straps. She began under the tutelage of straps innovator Juan Luis Gonzales and now trains under Victor Famine at his school in Montreal. Cassandra teaches aerial fabric, rope, and hammock and is featured in the Soiled Dove Experience in Alameda. Website | Soiled Dove Website | Vimeo

Extras: 360BayArea is proud to sponsor of The Soiled Dove, get tickets here!